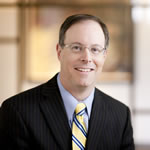 Steven has been helping injured people get compensation for injuries and accidents they have sustained because of the negligence of others for over 20 years. Steven cares deeply about his clients and fights for them every day. With his significant and notable jury verdicts, Steven enjoys a well-deserved reputation as a premier trial attorney throughout Southeastern Pennsylvania. Since 2003, Steve has achieved settlements and verdicts for victims of professional negligence totaling in excess of twenty million dollars. Steven’s goal as an attorney is to help victims harmed by exposure to asbestos, medical malpractice errors, nursing home abuse, and defective medical devices. He has successfully tried many complex cases in Philadelphia, Montgomery, Bucks, Lehigh, Northampton, Berks and Delaware Counties. Active in the legal community, Steven formerly served on the Board of Directors of the Montgomery Bar Association, and is a past president of its Young Lawyers Division. Steven practices with professionalism and integrity, having served as a Disciplinary Hearing Committee Member by appointment through the Pennsylvania Supreme Court, helping to ensure the integrity of the legal system. A graduate of the University of Michigan, (B.A. 1987), Steven received his law degree from Temple University (J.D. 1992)

Speeches/Publications:
Lecturer for Pennsylvania Association for Justice. Topics include Closed Head Injuries, Pennsylvania’s Automobile Insurance Law and Ethical Considerations of Lawyers to Produce Expert Witness Reports. Past Lecturer, People’s Law School of the Montgomery County Bar Association on How to find an attorney and the attorney-client relationship.

Through the Montgomery Bar Association, Steve was selected to team up with other lawyers and judges of the Court of Common Pleas of Montgomery County to teach Norristown Middle School students civics in a year long program entitled “Liberty & Law.” 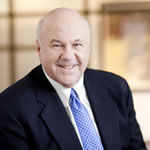 William Roeger is a partner in the firm’s Litigation Department who has tried cases in Bucks, Montgomery, Philadelphia, Lehigh, Northampton, Carbon, Monroe, Luzerne, Berks and Chester Counties. His distinguished career includes a substantial amount of motor vehicle, real estate, commercial, personal injury and orphan’s court litigation. Bill’s prior experience as a corporate attorney, when coupled with his science background and problem-solving approach, has led him to the position of general counsel of a number of mid-sized firms. In this capacity, Bill advises the clients in a wide variety of areas and handles the litigation matters that those companies have.

Bill began his legal career drafting legislation for the Legislative Reference Bureau, which is part of the Pennsylvania Legislature. Upon graduation from law school, he took a position as part of the Corporate Law Department of the Pennsylvania Power & Light Co., handling a wide variety of legal matters. After approximately six months, and particularly in view of his physics background, he was selected as lead counsel on the billion dollar nuclear power plant that was being built by PP&L at the time. After several years Bill entered private practice where he has remained ever since.

Bill received his undergraduate degree in Physics from Muhlenberg College in 1969. Thereafter, he was a Distinguished Graduate from the United States Air Force Officer Training School in 1970. He received his law degree from the Dickinson School of Law (now part of Pennsylvania State University) in 1973.