Don’t Let Your Child Become a Victim of Internet Predators 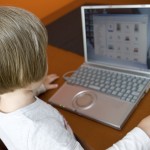 Remember when we were in high school how our parents would yell and fight with us to get off the phone particularly during the week when we should have been doing homework, studying for a test, or simply doing chores.  Who cannot remember the embarrassment of having your father pick up another phone in the house and say, with a tempered voice, “Jamie, you have two minutes to get off the phone.”  In today’s world, high school students, even middle school students, don’t actually talk to one another anymore, but rather use instant messaging, such as texting, chat rooms, Facebook and even Skype, to communicate anywhere and seemingly at anytime.  With such easy and instantaneous access to their friends and the society at large, Internet safety is rapidly becoming one of the toughest issues facing parents and schools today.

A generation of children have already grown up in a digital age and the children of today spend a vast portion of their lives online – instant messaging, researching and shopping.  Yes, these capabilities have benefits, yet they need to be used wisely and with parental supervision. Why? Because our children are being targeted by online predators at an alarming rate, so it is critical for us to help them learn how to protect themselves while still enjoying all of the benefits of the Internet. Recent statistics show:

·89% of sexual solicitations of youth were made in either chat rooms or through instant messaging (Pew Study reported in JAMA, 2001)

·Almost 1 in 8 youth ages 8-18 discovered they were communicating online with an adult pretending to be much younger (Polly Klaas Foundation, December 2005)

·30% of teenage girls have been sexually harassed in a chatroom. Only 7% told their parents because they were worried they would be banned them from going online (Girl Scout Research Institute, 2002)

·49% of teens have posted personal information on their Web pages – such as name, age or address (Market Wire, November 2006. i-SAFE Inc. December 2006)

·42% of parents do not review what their teens say in chatrooms or via instant messaging (Parents’ Internet Monitoring Study, June 2005, Cox Communications, NCMEC and Netsmartz, June 2005)

·Nearly 31% of 8-18 year olds have a computer in their bedrooms and 20% have an Internet connection there (The Henry J. Kaiser Family Foundation Study, March 2005)

·One in ten young people have a handheld device that connects to the Internet (The Henry J. Kaiser Family Foundation Study, March 2005)

There are many ways to protect your children from such predatory behavior, some of which is as follows:

These are just some guidelines that will help in protecting your child.  The Attorney General’s office also provides information and resources to protect our children from becoming victims through the internet