Combat Elder Abuse – Be Ever Vigilant 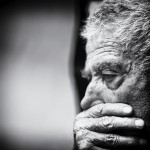 With advances in health care, preventive medicine, and science, our nation’s population is becoming older with longevity rates  increasing with time.  Even though we can live longer, our state of health is not always maintained and our families, now more than ever, have to contend with relatives who are financially, mentally and physically unable to care for themselves.  The Commonwealth of Pennsylvania has the third highest percentage of elderly residents in the United States with nearly 2 million residents over the age of 65.  In fact, those Pennsylvanians who are 85 or older is the fastest growing segment in Pennsylvania.  As one would expect, with the increase in the number of elderly comes a rise in their abuse and exploitation.  Senior citizens are not only favored targets for consumer fraud including identity theft, charities, telemarketing and sweepstakes fraud, but frail and care dependent elderly are often susceptible to other forms of abuse, including physical and mental abuse, financial exploitation and neglect.  To protect our loved ones who may not be in the position to help themselves, we offer the following tips:

•           Be attentive to an elderly person’s physical well-being.  Look for any abrasions, bruises, fractures, burns or any other injury – these may be signs of physical abuse.

•           Look for signs of psychological abuse such as threats, intimidation or humiliation.  Signs may include low self-esteem, withdrawal, extreme changes in mood, suicidal behavior, confusion or disorientation.

•           Be watchful of signs of neglect, such as poor hygiene, malnutrition, improper medication, or soiled clothing.

•           Look for an unusual or large bank account withdrawal.  This may be a sign that someone is exploiting the elderly person’s financial resources.

•           Keep an eye out for the common signs that they may be falling prey to a scam, such as frequent calls from telemarketers, shoddy home improvement work, numerous product purchases or ongoing charitable or religious donations.  The loss of what may seem a minimal amount of money to someone with an average income may result in an elderly person having to go without food, medication or possibly his or her home.

•           Talk about their daily activities and contacts to ensure that nothing unusual is occurring or being concealed.

The Pennsylvania Attorney General’s office has a special unit to respond to elder abuse.  If you have any reason to suspect that an elderly person may be victimized in any way, call the Pennsylvania toll free Elder Abuse Hotline at 1-866-623-2137, or email at [email protected]  In addition, private lawsuits to combat fraud and compensate for pain and suffering is another way to provide redress to victims of abuse.  Our parents and grandparents gave so much to help and protect us when we needed them.  We must do what we can to help and protect them now that they need us.